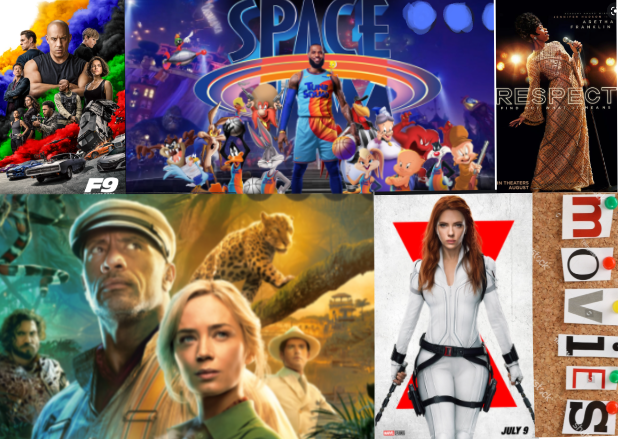 As movie theaters start to come back, will they be as popular as before? Streaming services like Netflix, Hulu, Disney+, HBO Max, and YouTube TV, have all gained popularity throughout the past year. With few movie theaters, and so many good movies coming out, it was hard not to rely on these services during the pandemic. So, as all of these apps have become more and more popular, will movie theaters regain their popularity, or will they sink?

One of the biggest issues currently for movie theaters is COVID-19. Since movie theaters have been forced to close, customers have had to search for new alternatives, which brought them to streaming. So then movies had to change their approach. According to the Insider, “133 movies went straight to streaming services and 132 went straight to TVOD (pay per view) platforms in 2020.”(Clark, 2021). With 329 movies released in 2020, movies mainly went to these types of platforms. Furthermore, a study released by the Morning Consult provides new evidence to the topic. “39% of pay TV subscribers said they buy or rent pay per view movies at least once a week…Those who plan to watch movies in the next year, 38% said they will mostly stream at home, but 36% said they mostly plan to check out movies in the theater.”(Shevenock, 2021). This shows that a big portion of people are watching movies on a normal basis with streaming services, and plan to do that in the future. As streaming services become more popular, movies will have to adapt to the best way for people to watch them.

Students were interviewed on what they preferred, going to the movies or staying at home and using streaming services. 7th grader, Nick Busher, says he enjoys watching movies at the theaters, but believes the food there is overpriced. His favorite movie released this year is Snake Eyes. When he’s not at the movie theaters he prefers watching Netflix, his favorite streaming service. 7th grader, Chase Bennett, also says he prefers watching his favorite movies at the theaters rather than at home. He enjoys the big screen and the candy, of course. “I went to see Luca with my cousins,” he said. His next favorite option would be Disney+.

Entertainment companies are making a big move. “Warner Bros. will release all of its new 2021 movies simultaneously on HBO Max,” announced the Verge (Alexander, 2020). This means that Warner Bros. will be taking a new marketing approach to releasing movies.

Streaming services have been very successful during the pandemic and may increase in popularity in the next few years. Now, with movie theaters opening back up, it’s not certain if they will be as successful as before. So next time you think of watching a new movie, where will you watch it?